Friday night was the annual Winter Wonderland in downtown Atascadero. There were booths with food and beverages, and a variety of items such as handmade soaps and candles, jewelery, knitted scarves and hats, lavender stuff, honey, and olive oils, blinged out handbags and other accessories, as well as groups and non-profits sharing their various messages and gathering donations. The Sunken Gardens had several bounce houses, a rock climbing wall, and some jumping harnass thing I didn't quite understand. Four streets were blocked off and tons of snow was brought in (or made, I don't know) for the kiddies to play in.  One street was blocked off for a skateboarding/BMX bike desmonstration and another one blocked off for a little train for the little kids to ride around in. Somewhere there was an area with pony rides, too, but I didn't come across that. (Also, my iPhone takes really crappy pictures at night. Should've taken my real camera!) 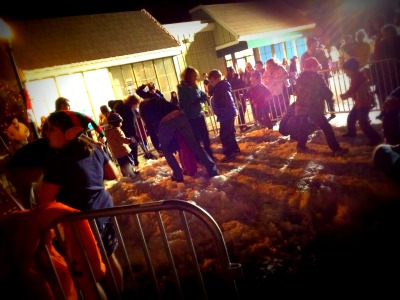 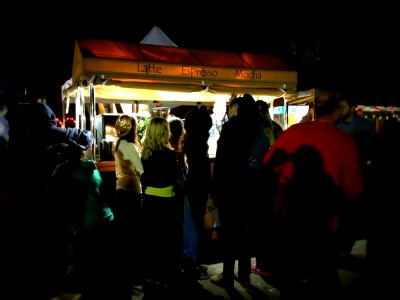 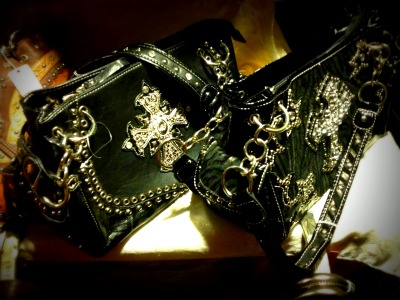 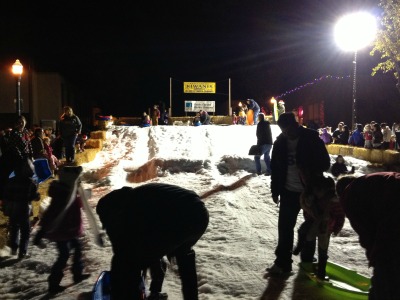 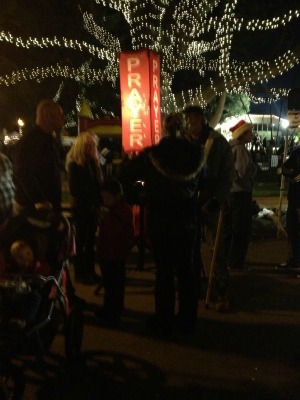 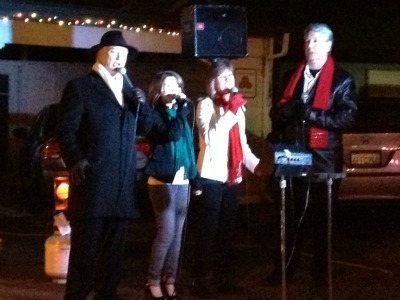 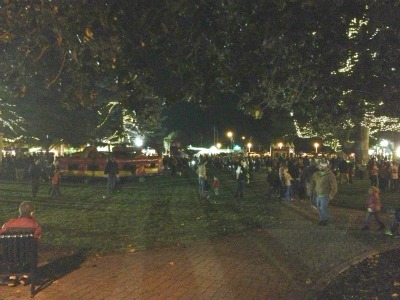 I think this was the biggest Winter Wonderland Atascadero has ever thrown! I haven't gone to too many of these, but the last time I swear it was only in the Sunken Gardens with only the East and West Mall strees closed for snow and vendors, and there weren't nearly as many people. I swear the entire population of Atascadero was downtown, there were SO many PEOPLE! It was really nice. I would really like to see downtown Atascadero thrive; it's been such a struggle to keep businesses from leaving the downtown area or closing entirely. The more people who come down for events like this the more likely they'll come back later to shop and dine.  Cheers!