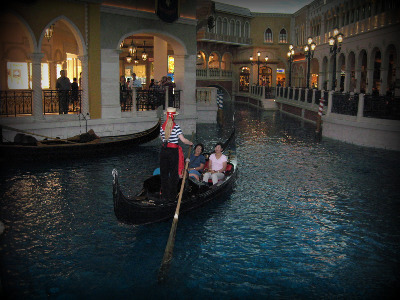 but most of them just didn't come out as well as I'd hoped.

12.  I ate a lot of fantastic food! My lunch at the Border Grill was really yummy and our group dinner at the Bouchon Bistro was THE BEST! I actually didn't go to any buffets because they all looked super expensive (especially for one person!*), but there were several little food shops around where you could get something pretty good to go.

13.  Next time I go to Vegas I am definitely staying at Mandalay Bay. Their pool area alone is amazing and their shops and restaurants are, in my opinion, better than Excalibur. 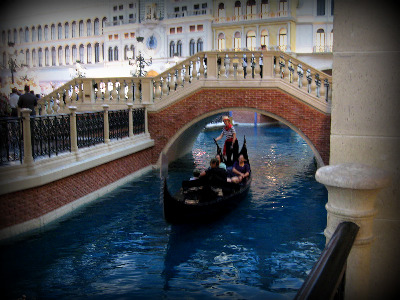 The Gondola Ride at the Venetian Hotel in Las Vegas. 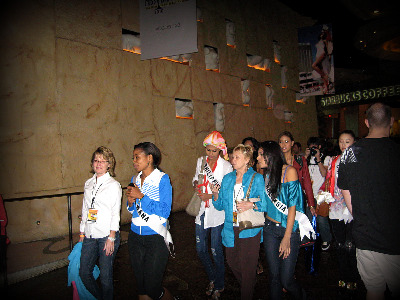 Here are some contestants from the Miss Universe Pageant which is being held at the Mandalay Bay hotel later this month. I'm not sure what countries these girls represent, but I did hear a group of Chinese tourists cheering as one girl went by in front of this group, so apparently Miss China was in the house! During our dinner at the Haufbrauhaus in Vegas, we were entertained by a great band, hilarious (but annoying drunk frat boys), and waitresses who enjoyed giving spankings! This gentleman, the "German Fabio" (as we called him), was all decked out in authentic lederhosen and played the cowbells, the accordion and the pan flute! 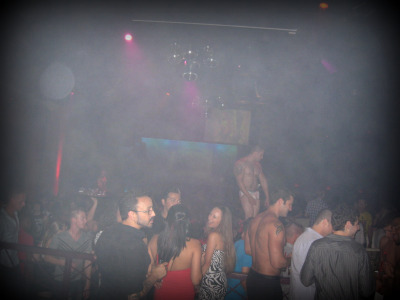 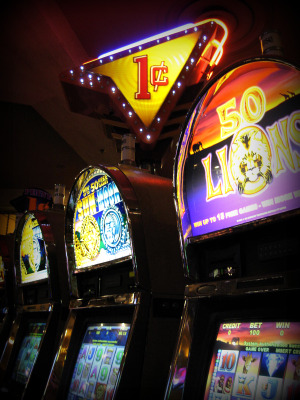 I played a few penny slots today. And lost. Good thing I wasn't playing dollar slots! I also browsed the shops at the Venetian and the Paris/Bally Promenade. Didn't buy anything, just looked. Thankfully I wore comfy shoes today!

As you may have heard, I'm heading to Las Vegas in a couple weeks to hang out with some of my super amazing internet friends. I haven't been to Vegas in about a decade and there are a few things I'd like to do that I either didn't get a chance to do then, or would like to do again: