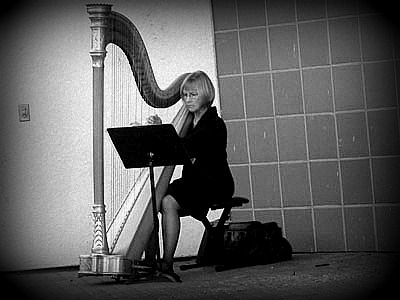 Last weekend I attended the 25th Annual Central Coast Writer's Conference. It was a blast! The Keynote Speaker (Christain Moerk, author of Darling Jim) was engaging, interesting, and pretty darn funny, too! (And, if I may say so, MUCH more attractive in person than in his book jacket photo, imho.) I took four workshops total, and the first two were by far the best (again, imho)! Both of them ("Kid Lit" and "Genre! The Other Fiction") were taught by Laurie McLean, a literary agent from San Francisco. She was very enthusiastic about her topics, and provided TONS of great information on the state of the literary market, the future of books, e-books and e-publishing, what genres are hot, what's dying out and what's coming up. She also shared Top Secret Insider Information and recommended dozen of different types of books for us to check out depending on what we're interested in wrting. I took pages and pages of notes AND totally changed my mind on what type of novel I'm going to be writing for NaNoWrimo (which is coming up next month, so sign up now!).

The other two workshops were good also: "What to Do When The Muse Ain't Moving You" with Katherine Sands and "Life Treasures" (memoir writing) with Susan Browne. There were some excellent tips in the Muse workshop, but my pen died about fifteen minutes into it - grr! I ended up still taking notes because I figured when I got home, I could just run over the pages lightly with a pencil so I can see the words then transcribe them onto my computer. After that class was lunch (I got the boxed lunch again this year - turkey on wheat with a macaroni salad, bag of chips, cookies and an apple - I ate the sandwich, chips and pasta salad, and took the cookies and apple home to share with my mom) and luckily I remembered I had a pencil in my car, so I was able to take notes in the final session - Memoir Writing. Honeslty, I very nearly skipped that class because I'd decided months ago that me writing a memoir was a really stupid idea. However, after sitting in the class and participating in the writing exercise (the only class I took that had writing exercise, which I really liked because, really, we're there to learn, but we're there to write, too), I'm reconsidering, and might just write a little something after all, even if it is just a series of personal essays. 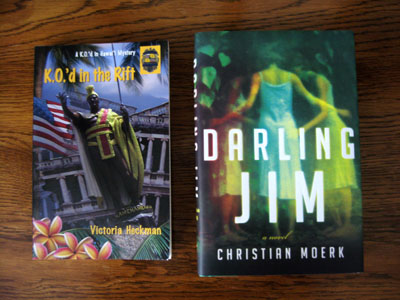 After the Conference, I headed to Borders to pick up some of the books that had been recommended during some of the workshops. I started out with a stack of twelve books, but then put most of them away and only picked up three: 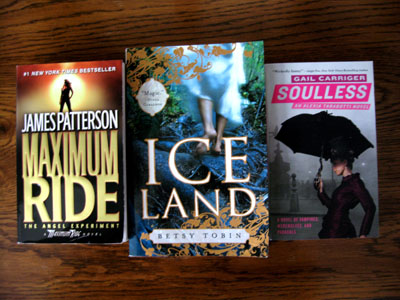 Maximum Ride and Soulless were recommended by Laurie McLean as good examples of kid lit and steam punk respectively; Ice Land was a total impulse buy! I saw the beautiful cover and the quote by Diana Gabaldon, "Magical", and I was sold! The other books - many of which were hardback and therefore too expensive - I'm sure I will be able to borrow from the library, and I already have a book I'm trying to finish, after which I need to get my hands on the final book of the Darkangel Trilogy that I've been reading, then I want to read K.O.'d in the Rift and Darling Jim, then these three. In between I'll probably want to read something from my library TBR list - which will likely grow with the addition of the suggested reading - so I'm pretty much done buying books. Oh, um, except for Fire by Kristin Cashore that came out October 5th, Make it Fast Cook it Slow by Stephanie O'Dea coming out October 13th (which really doesn't count becasue it's a cook book), and ArchEnemy by Frank Beddor coming out October 15th. 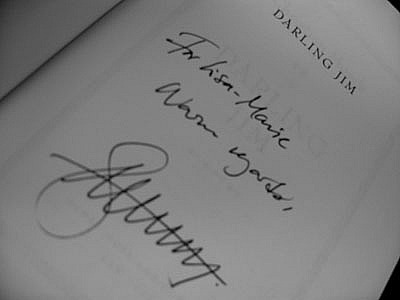