Happy September! I cannot believe how quickly this year is flying by! I swear we should be celebrating the 4th of July, but instead we're heading towards Halloween! Heck, tomorrow it'll be Christmas!! Anyway, it's good to be back, and I hope to do some more blogging this month. Last month I had a terrific vacation to Portland, Oregon where I visited with one of my best friends, Darlene. We had a fantastic time, and I hope to share some of my vacation photos very soon! Also, last month I participated in one f my favourite photo projects: The August Break. It was a fun challenge, and I'm looking forward to the upcoming December Reflections, which is, like The August Break, hosted by Susanna Conway. But, for now, it's time for my Monthly Resolutions (all credit for this idea goes to: Kim at The Kim Challenge) for September. Enjoy!

1.  Do NOT buy any more make-up/face/hair/nail products. Seriously, I have to STOP! I have enough of everything to last me at least the whole month of September, if not longer. And, as I discovered on my recent vacation, I really can live with very little make-up. In fact, I didn't even wear liquid foundation or concealer (mostly because it was over 100 degrees the first few days I was there, and I figured I'd just be sweating it all off anyway!). I just wore some sunscreen, a little blush, and face powder. I did my eye make-up - shadow, brows, and waterproof mascara - but even that wasn't very much. Nothing like a vacation to show you just how very little you need to get along in life!

2.  Clean out the bathroom. This kinda goes with the first one in that I need to get rid of all the unused, excess crap I have in my loo. My plan is to grab stuff I've had in my drawers and bins that I haven't ever used, as well as the stuff I've recently purchased, and just use them! Then, if I don't like it THAT VERY DAY, toss it, and move on to the next one. This mostly applies to eye shadow palettes, of which I have several. During one of my summer trips to Ulta, I bought three eye shadow palettes - THREE - and I ordered two other limited edition ones online! Ridiculous! Sure a couple of them had added blushes and/or highlighters for a "full face look", but the blushes are all too bright for my complexion, so I'll never use them, and as for the shadows, I really only use browns, tans, or nudes, so all the bright blues, greens, and pinks will go to waste.  Also, I have some eye shadow palettes I've used a few times, but have always gone back to my standard palette, so obviously that means I don't need them, right?

I know that's only two things, but I think they will more than fill up my spare time this month. Also, I hate to promise to do any stamping, because let's face it, I've said it before, and haven't followed through. So keep it simple, keep it easy - that's my motto for September! What are you resolutions for the month? Let me know down below! Cheers!

A Few of My Favourite Things: August 2014

It's time again to list a few of my favourite things for the past month.  August was not as exciting as July (no major trips or anything!), but there were a few things I really enjoyed the heck out of! I hope you enjoy them, too!

Fragrance: While cleaning out underneath my bathroom sink, I came across a bottle of Jean Paul Gautier Summer perfume from, like, three or four years ago. I thought I'd finished that! 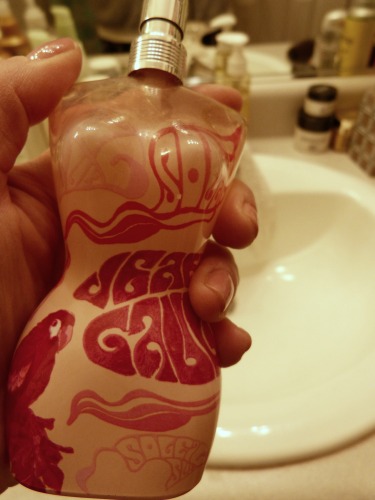 Anyway, since I hadn't been able to find any other summer-specific fragrances, I decided to use it up. I always liked the cute bottle, and the scent is nice and fresh and goes really well with my skin in the sun and heat. The only thing I don't like about it, is that it's kinda sticky, I think because there was some glitter or some other kind of sparkly stuff that was meant to give you an extra summery glow.

Fashion:  I ended up buying a lot of really cute outfits from Lane Bryant, Avenue, and Torrid, but am still on the fence* about a few things, particularly these two leather jackets: 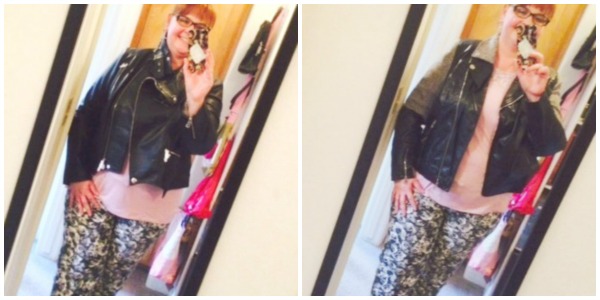 and these cool boots: 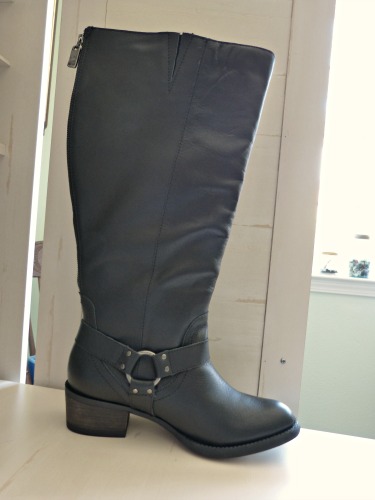 Mostly because the jackets just might not be practical - How often would I really wear them? Would I really wear them on the bus to work? Do I really need TWO of them? - and the boots are too tight in the calf (which, since they're designed to be for fat girls, is really disappointing, Lane Bryant!). Now, I know I could try to stretch out the boots, but it would require yet another purchase, and then, what if it didn't work? I'd have to try to sell them on eBay, but they'd be basically "used", and I wouldn't be able to sell them for very much. Also I already have a pair of black knee-high boots that actually fit, it's just they're not nearly as cute/cool as these. le sigh.

Book:  I read Memory of Water by Emmi Itäranta in August and LOVED it! It's a beautifully written book with a great story, interesting characters, and satisfying ending. Doesn't get much better than that! I highly recommend it!

TV: Of all the reality TV shows out there, my two all-time faves are So You Think You Can Dance and Face Off. I just love watching intelligent, brilliant people using their God-given brains and talent to perform and create, and to make us feel all the feels. It's so much more pleasurable and satisfying than watching insipid, stupid rich people yelling, swearing, and throwing stuff.

Another awesome TV thing is that not only did the new series of Doctor Who start up (FINALLY! And, I say that then have to confess I have yet to start watching it myself!), but RetroTV started playing all the old Doctor Who shows in August starting with the William Hartnell episodes. My mom and I have been really enjoying watching the old, stuttery black and white series, complete with awesome props and wardrobe!

Food: I picked up some amazingly delicious tomatoes at the SLO Farmer's Market, and made some awesome BLTs out of them. It really made me wish we'd been able to have a garden this year (but, alas, there's no water in California for gardening!), but I'm thankful I was able to get a taste of some really yummy produce!

Fun Stuff: The August Break is one of my favourite photo projects, and I was thrilled to see Susannah Conway did it again this year! I think I had some really good shots all around, but here are my top three faves (in no particular order): 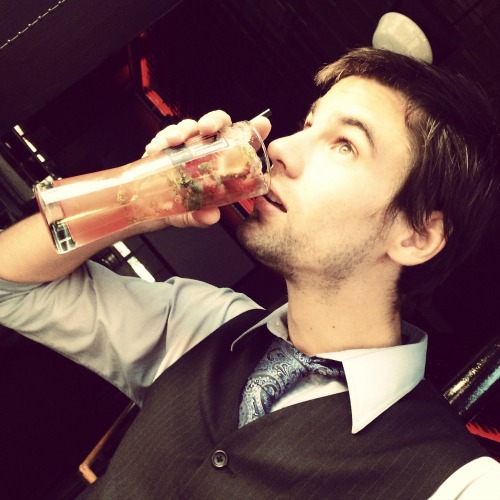 I hope you had a great August filled with wonderful things you loved and enjoyed! I'd love to hear about them in the comments below! Cheers!

* by the time you read this I'll probably have made a decision about these, which you'll probably read about in a future post.