So, I've been doing this End-of-the-Year Meme for several years now. I almost didn't bother with it this year, since the questions are the same each year, and for the most part, so are my answers. However, it's become a tradition, and it's fairly easy, so I figured why not! (Also, if anyone knows of a newer or different End-of-the-Year questionnaire type of thing, let me know in the comments! I wouldn't mind trying something different next year!)

Visited the International Rose Test Garden and the Japanese Garden with Darlene in Portland, OR, and visited the city of Cincinnati, OH with Julie, and saw Impressionist paintings from Daubigny, Monet, Van Gogh, and Pissarro at the wonderful Taft Museum of Art.

I don't even remember what I resolved to do, so probably not! As for 2017, I haven't decided yet.

Early March when I went to Weetacon then got to hang out with Julie in Cincinnati, and mid-August when I visited Darlene in Portland.

I can't think of a single thing I achieved this year.

Not selling any of my perfectly nice things on eBay.

My Kia Soul (I named her Roxanne, or Roxy for short.)

All the whiney, fragile snowflakes who freaked out after Donald Trump won the election and had to pet "comfort animals" and play with Play-Doh because they were so "traumatized", and all the Universities who coddled those worthless wimps.

My totally awesome, super fun vacations to Green Bay, WI, Cincinnati, OH, and Portland, OR, and to my new car!

"Priceless" by For King and Country. It seemed to be playing on all my favourite radio stations at least once every day for months! But, that's okay, it's a fantastic song!

Going to the beach, sightseeing locally. (Those might be my 2017 New Year's Resolutions!)

Relaxing with my mom, eating chips, salsa, and guacamole, and chicken enchiladas while drinking margaritas and watching "It's a Wonderful Life".

I didn't really read much this year, but I did enjoy The Scene of the Climb by Kate Dyer-Seeley.

I just saw Rogue One, and it's amazing!

I don't remember what I did on my birthday, so I probably just stayed home and relaxed!

I bought whatever was cute, comfortable, and affordable.

Staying off social media during the election!

Hmm. I can't really think of anyone special this year.

The election this year stirred everyone up this year, I think. We lost, yes, but I wish people would calm down, because it's all going to be okay. It's only 4 years after all!

My grandparents and my dad.

No one that I can recall. I pretty much hung out with the same folks.

Follow your heart and beliefs regardless of what other people - even your closest family and best friends - tell you to think.

Last weekend I finished up my hand-stamped Christmas cards for family, friends, and the Christmas Card Exchange I participate in almost every year. It felt good to get them all done! Unfortunately, I was too pooped to do any more cards, so my co-workers will end up with store bought cards. Hopefully they won't mind! (Also, hopefully next year I'll a) start on these cards earlier, and b) come up with an easier, assembly-line-style design!) Anyway, here's the rest of the card designs I came up with: 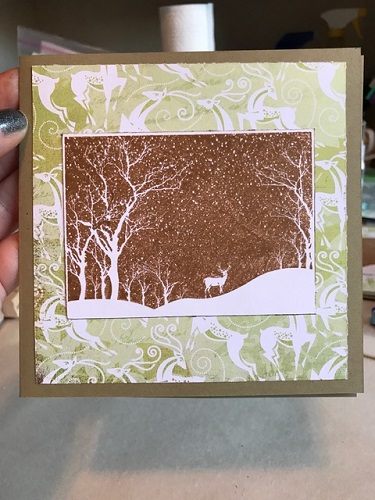 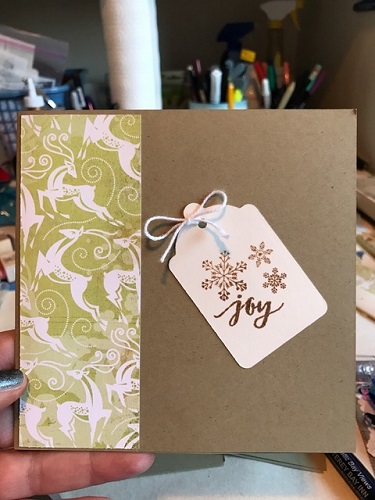 (Sentiment and individual snowflakes from Jingle All the Way stamp set) 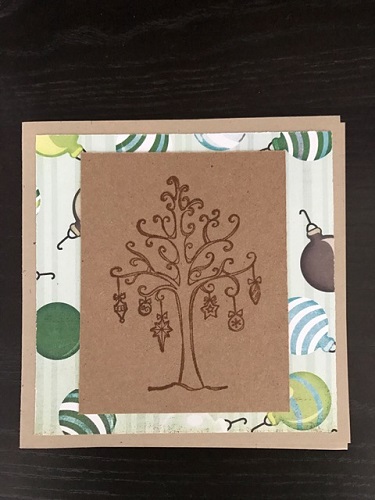 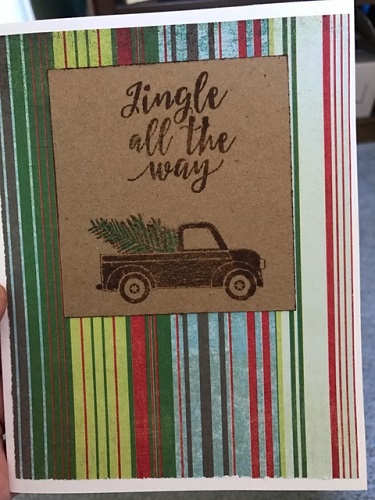 (Truck w/ tree, and sentiment from Jingle All the Way stamp set) 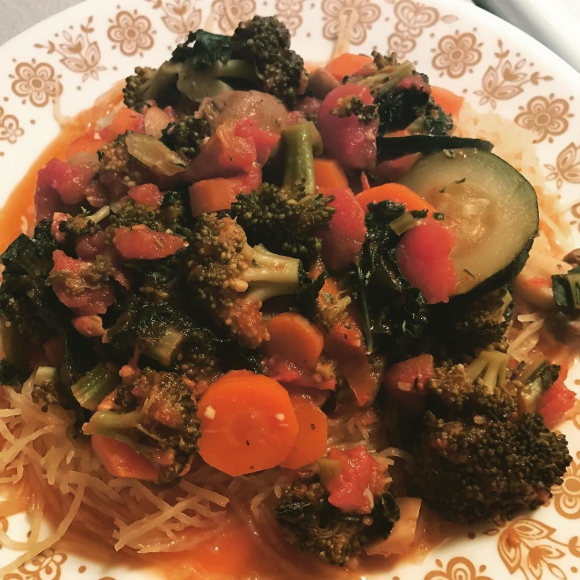 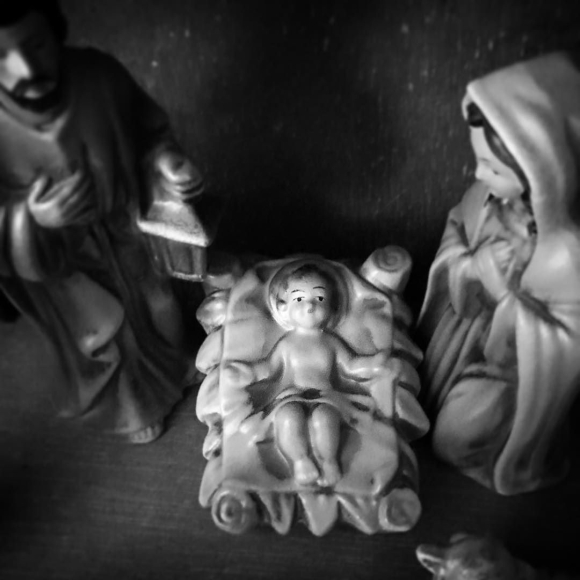 So, my Christmas cards this year were a mixed bag of just about everything: extra hand-made cards I had left over from previous years, newly hand-made cards, and store-bought cards both old and new. I managed to use up all my old hand-made cards (except the really nice ones I'm just keeping for my collection), AND all my old store-bought cards, and am currently on a 100% clean slate with about 20 to 30 names on my Christmas card list. My plan is to complete and mail out all those cards this weekend, and just have the few I'll be handing out to co-workers the Friday before the holiday weekend.  I'm still not sure if I'll make all these cards or just buy a box. I've gotten some really great ideas from stampers on YouTube, so I might try a few of those ideas before deciding for sure. But, for now, here are a few of the cards I made so far this year. Enjoy! 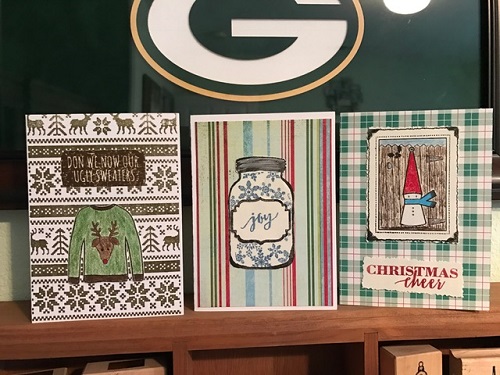 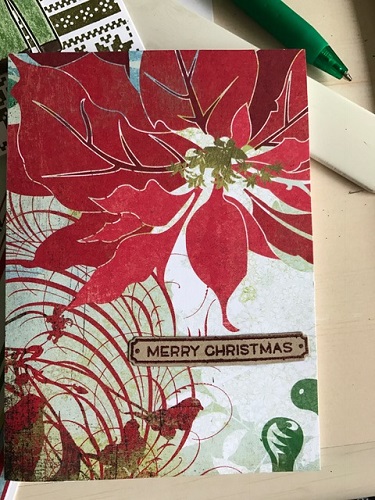 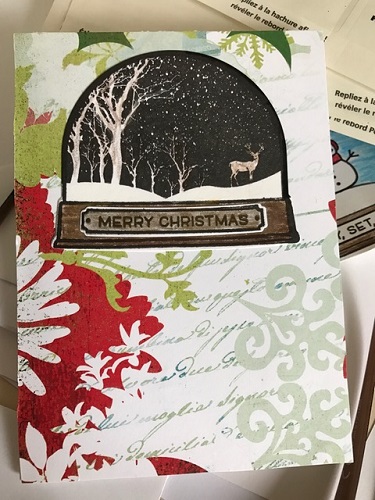 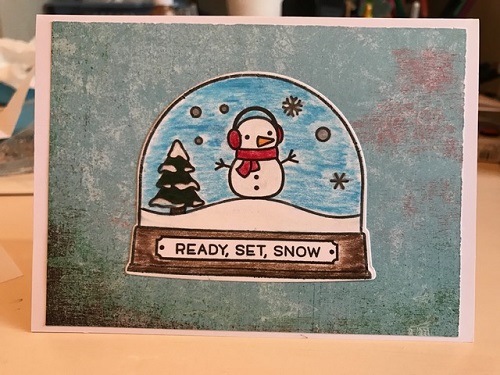 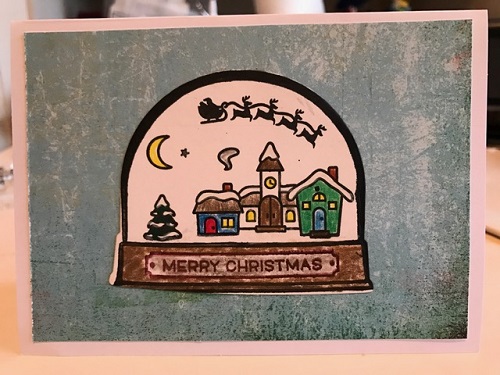 Hello, and Happy Monday! Or something like that. Anyway, after last Friday's double to-do list, I thought I'd check in and see how many items I actually accomplished. First I had a list of things I hoped to get done over the weekend, and then I added a list of things that were more likely to get done! Here's the first list with the results:

1. Sell some stamps. Not done! Actually I was so busy stamping and cooking, I completely forgot about this one!

2. Clean out my closet. Not done! I didn't even look in my closet this weekend except to pick out what I was going to wear to work today!

3. Finish/Purchase/Mail Christmas cards.  Almost done! I was able to get a lot of cards stamped yesterday, and used up all my previously purchased cards. Honestly I don't know how many cards I have left to make/buy, but I actually feel very good about this one!

5.  Work on my End-of the-Year blog stuff. Not done! I didn't even get started on this in any way, shape, or form. Maybe next weekend!

Okay, so I pretty much sucked on that list, let's see how I did on the next one:

1. Meal prep and cooking for the week. Done! I did a pretty easy recipe this week, so it didn't take as much time, but it will still be super healthy and delicious!

2. Napping. Not (really) done! I was successful on Saturday, but I tried to take a nap yesterday afternoon, and couldn't fall asleep.

3. Catching up on all the TV shows I missed this week. Not done! I completely forgot about two favourites: Designated Survivor and Timeless, and I wanted to watch Hairspray! Live, but never had enough time.

4. Mow the lawn.  Done! The weather held out just long enough, so I'm good to go on that for a few more weeks!

5. Take a walk. Done! It's had to get up and go for a walk after relaxing, especially when the weather's not that great, but we did it anyway, and it felt fantastic!

So, by the looks of it my weekend was a total fail, but I really got so much done, that I feel really good about it, and not at all guilty or bad for the things I didn't get done. There's always next weekend, right?!? Have a terrific week, everyone! Cheers!

11. Biggest Lesson From 2016: cooking meals for the week makes it easier to eat healthy! Totally plan to continue this practice in 2017! #decemberreflections2016 #healthyeating #mealprepsunday #cleaneating #moreveggies 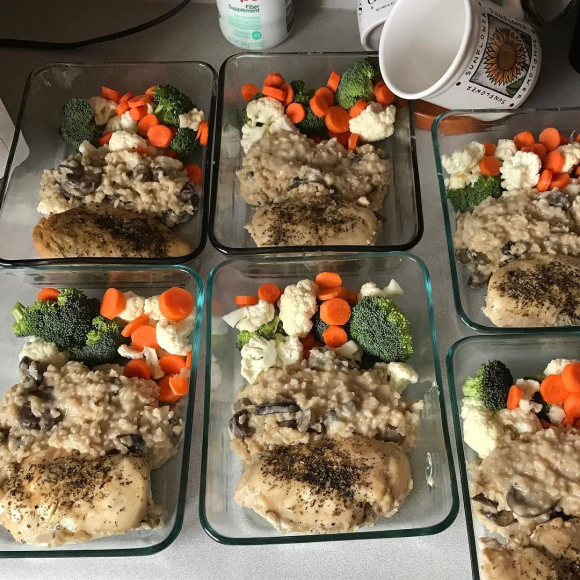 Dinner tonight is a delicious beef stew from the Eating for Life book by @billphillipsfitness. #healthyeating 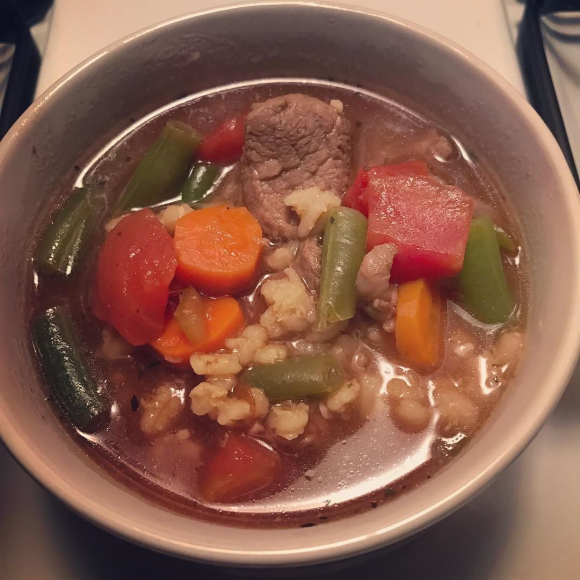 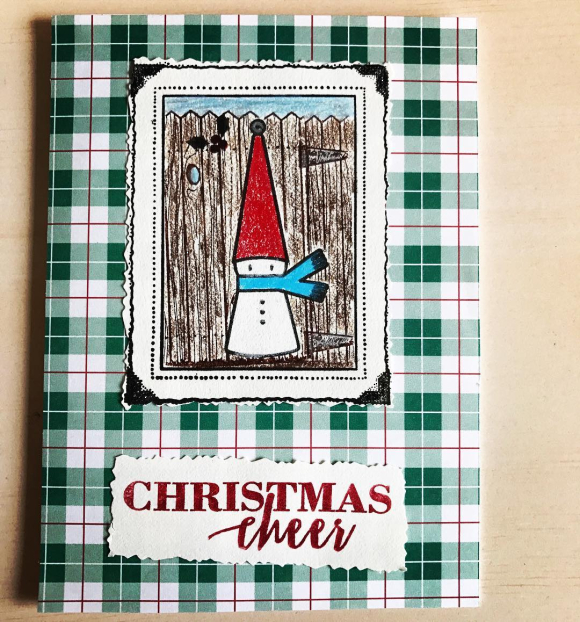 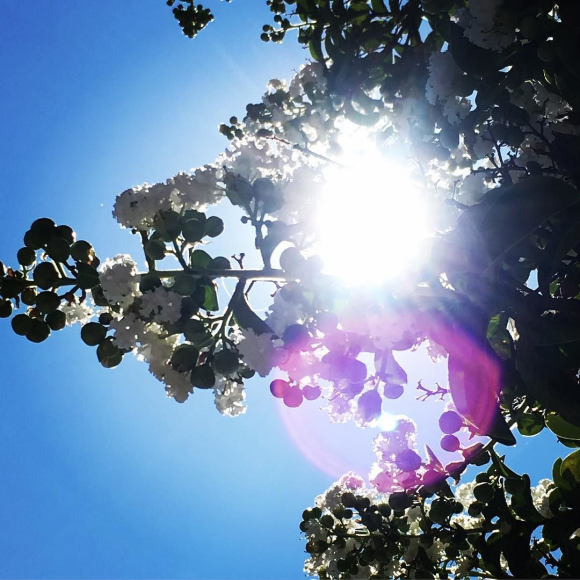