W is for Wine

You knew it was coming: W is for WINE! I do love to sip a good wine, and recently I did a red wine flight at the Grape Encounters EmPOURium in Atascadero, CA. This is one of the reds I tried, which I liked very much. I'm not 100% on this, but I believe it was the Satori Amarone from Italy. I didn't use any filters or effects on this one, so all you see is the gorgeous, real-life colour of the wine! Cheers!

V is for Vintage

I love browsing though vintage/thrift/antique stores! I rarely ever buy anything, as I'm trying to get rid of the crap I have! But, it's fun to look. You never know what you're going to find, like these super cute vintage paper dolls!  I used the Time Machine effect in "Flo" from PicMonkey.com for this picture.

Hey, hi, and happy Friday! Have I even done a Friday Five this month? It feels like I haven't. I also didn't get a write up of last Saturday's Adventure in Atascadero (which wasn't so much an "adventure" as it was just wandering around, drinking wine, eating delicious food, and buying some awesome stuff.) finished, but I did get about 1o more things up for sale on eBay, five six of which I've already sold this week!  This weekend will probably be "getting rid of more stuff", which is kind of a pain, but the more stuff we get rid of, the happier mom and I are. Marie Kondo was right - if it doesn't spark joy, it's outta here!

And, it's FRIDAY, and I'm outta here, too, but before I go, here's five random things just for fun. Enjoy!

1. I actually tried something different last Friday night, and recorded a vlog. I may or may not upload it to YouTube tonight, I haven't decided. I am also not sure I'll do it again. It was kind of fun, but also kind of a lot of work. I just used the camera on my computer, and the lighting wasn't very good, either so ... I don't know. I might just stick to writing.

2. Last Saturday I purchased a small iron deer head at The Backyard behind Bru Coffeehouse, which I fell in love with the week before, and plan to hang some of my necklaces from the antlers. (That is, providing I can find a stud to hang it on in the spot I want, because, damn, he's heavy!) Also, while I was there, I saw two sets of shelves, this two-shelf  unit below, and another with just one shelf. I really like them, too - the little birds and branches fit with my woodland theme. I'm just not sure it either would fit anywhere in my room, as I'm running out of useful wall space, and also I'm afraid I would just end up cluttering them up with stuff, but I still really like them, and I might have to go back to at least measure them, and contemplate them more.

3.  Also last Saturday, mom and I had an amazing lunch at Hush Harbor Bakery. Here's a shot of her half turkey sandwich and cole slaw. She said it was fantastic. I had the Italian (only a half, though, because they're huge!), and it was delicious!! I'm looking forward to going back and trying that turkey one myself!

4.  This weekend will be the last time I put stuff on eBay to sell. Seriously, for all the success I've had at it, I'm done! It takes a lot of my time, and while it's nice to sell something and make a little money, the mere thought of it mentally and physically exhausts me so much now, that it's really no longer worth it to me. I would much rather spend that time handstamping cards, working on my photographs (some of which I plan to sell in an Etsy shop I've set up, but who knows, it might feel too much like selling my stuff on eBay, and I might abandon the whole idea!), sitting on my patio with a cool beverage, watching a movie, going to the beach, or even just sleeping. So yeah. I mean I'll still be relisting stuff that doesn't sell for a few more months at least, but from now on, if I want to get rid of anything, it's going straight to Goodwill!

5. And, finally, when I was wondering around downtown last Saturday, I saw this cute idea for an Open sign - and a great way to reuse an old suitcase! - outside one of the many thrift stores that have recently opened up.  Have a great weekend everyone! Cheers!

U is for Under

Under the pier at Avila Beach, CA. I used PicMonkey's Infrared effect first, then added Sunglow to the sunlight reflecting on the water, which ended up giving it kind of a sepia tone!

T is for Two

This is a double rose bloom ceramic knick-knack I got as a gift many many years ago. I actually started collecting these, but thankfully stopped at four. They're not my style anymore, and I'm no longer interesting in having lots of dust collectors around the house, so I'll probably be selling these soon. For this picture I used two of my favourite PicMonkey effects: Dusk and Soften. Cheers!

S is for Sun in the Sky

All I did on this photo was crop the top of a light pole out of it, otherwise, it just came out this way! Cheers!

R is for Red

This past Saturday my mom and I went down to the Grape Encounters EmPOURium in downtown Atascadero and I had a One Way Red Flight. It was a lot of fun, and I got to try some delicious new-to-me red wines. I'll be posting a more detailed entry about this adventure soon, so stay tuned! I turned to PicMonkey once again to enhance this picture by first cropping it, then using the Urbane filter to soften it. Cheers!

Teaser Tuesday: I Never Promised You a Rose Garden by Joanne Greenberg 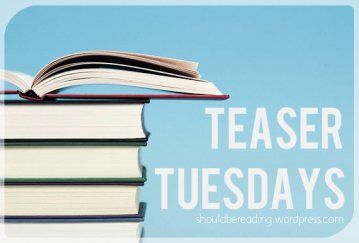 Teaser Tuesdays is a weekly bookish meme, hosted by MizB at A Daily Rhythm.  Anyone can play along! Just do the following:

•Open to a random page.

•Share two (2) “teaser” sentences from somewhere on that page. (I tend to go over this limit a LOT!)

•BE CAREFUL NOT TO INCLUDE SPOILERS! (make sure that what you share doesn’t give too much away! You don’t want to ruin the book for others!)

•Share the title & author, too, so that other TT participants can add the book to their TBR Lists if they like your teasers!

This week I started another of my vintage books finds: I Never Promised You A Rose Garden by Joanne Greenberg. This is another book I recall seeing on our bookshelf when I was a kid, but never really picked up and read. At the time, I thought, just from the title (for whatever reason), that it was a book about divorce. It turns out. however, to be a book about a 16 year old girl with schizophrenia. So far it's a pretty good, rather interesting read. Here are my teasers from page 41:

Dr. Fried look at Esther and listened to the words of love and pain coming from the carefully composed mother of a girl sick to death with deception. The love was real enough and the pain also, so that she said, very gently, "Let us, Deborah and I, study for the causes. Do not agonize and blame yourself or your husband or anyone else. She will need your support, not your self-recrimination."

Happy Tuesday, and have a great week, everyone! Cheers!

Q is for Quote

Years ago I had a "Quote of the Day" desktop calendar. Each day had a different inspirational quote, many of which helped get me through my day either by being witty, or thoughtful, or, like this one, just what I needed to hear. I liked it so much, I've kept it all this time! I apologize for this shot being blurry, but I used my iPhone camera, and didn't have my readers on (yeah, my vision is THAT bad!). I tried to make it clearer with some sharpening tools at PicMonkey, as well as using the Black and White effect. Have a great day! Cheers! 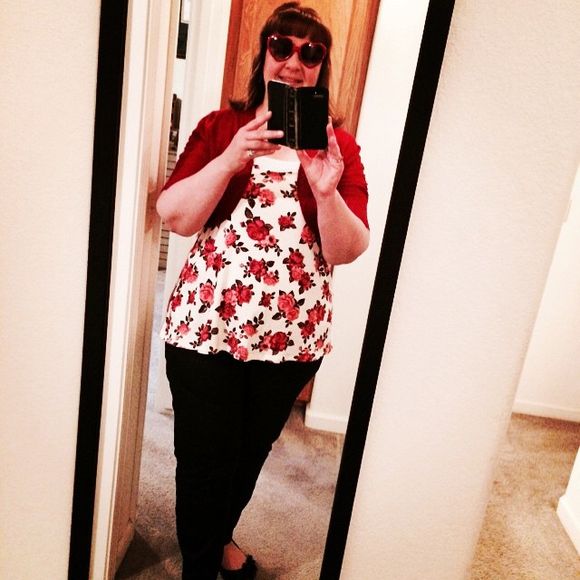