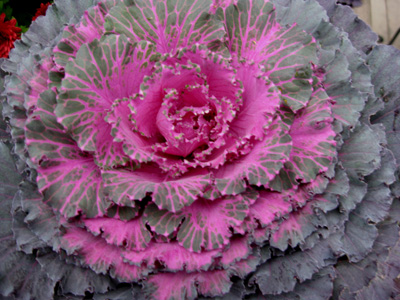 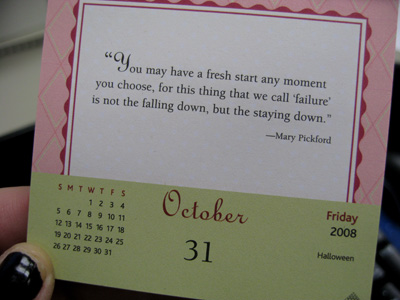 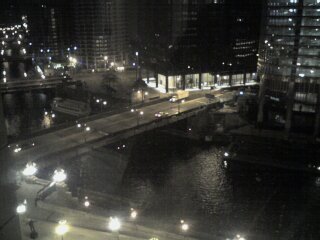 So, last night's pedicure was long overdue and utterly wonderful! I went to Sky Nails and Spa in Paso, and discovered they have the very bestest best massage chairs ever in the whole wide world. They do a shiatzu-type massage that is hard and deep (that's what she said!) and while it's painful at the time, it works wonders because I woke up this morning without the usual cramped and achy muscles. I am so relaxed and comfortable and *sigh*! 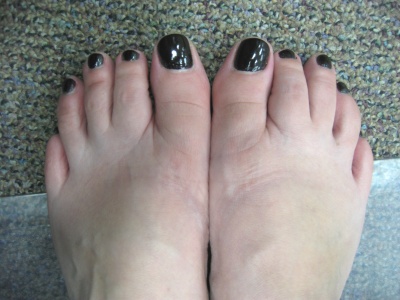 I know the polish looks black, but it's got a little purple in it. At least I'm assuming so, since it's called Plum Pop (by L'Oreal). I guess the deep purples and plumbs are the "new black" in nail polish this year, and you know me, I'm all about keeping up with the latest trends! 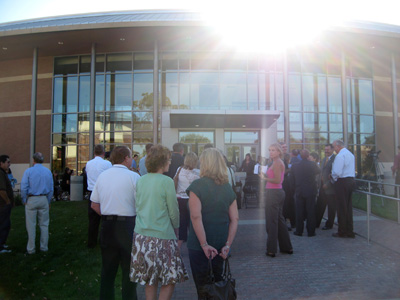 This afternoon I attended the Grand Opening Celebration for the new Paso Robles Courthouse. The ceremony included a flag raising featuring our resident Marine Toby Richards, speeches, and a ribbon cutting complete with a giant pair of scissors! Afterwards there were tours of the state-of-the-art courtrooms, jury assembly room, clerk's workstations and the counter area where the clerks will be assisting the public. It's nice. Really nice! 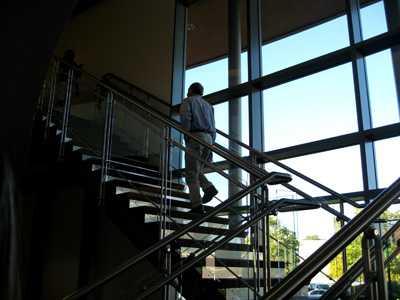 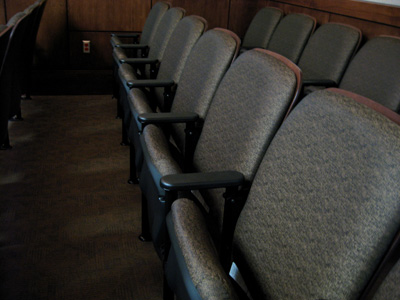 Obviously I haven't been updating as regularly as I should, so in order to put at least some content on my severely neglected blog, I stole this meme from Miss Zoot. Enjoy!

Four places I go over and over (other than work!):

Four things I eat for breakfast (not all on the same day, of course):

Four beaches I’ve been to:

(Zoot added these two to the end of her list, and they were so good I decided to use them myself.)

Four Pictures You Must See From This Weekend:

Sadly I didn’t take any pictures this weekend.

Four Magazines I Read Every Month:

And then I’m adding a couple of my own: 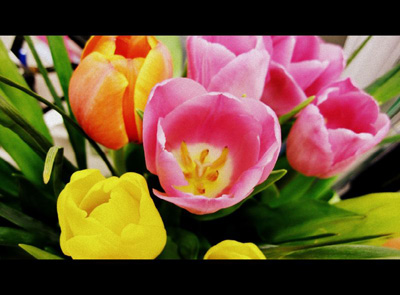 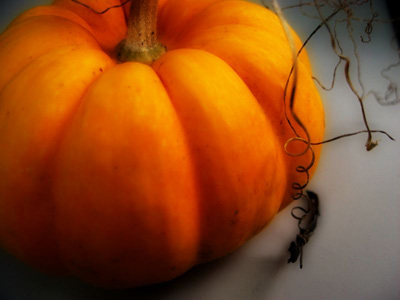 Wow, it's been a long time since I've done a Thursday 13! It's been a while since I've updated, too. So here's 13 updates that should kill both birds with one stone:

1.  My trainer has decided to start "mixing up" our workouts. Monday he had me do biceps curls while sitting on a balance ball and yesterday he added weights to my seated press. I'm sore, but strangely energized.

2.  I took pictures of what's left of the garden this past weekend, but haven't uploaded them yet. Basically we have some tomatoes, peppers and a few Japanese eggplants left. The crookneck squash was attempting to make a comeback, but we had a couple days of frost, so I don't think it'll make it.

3.  I had Monday off, so I walked to the downtown, met my mom after her dental appointment and we strolled the "beautiful downtown" of Atascadero. The street is all torn up because they've decided to put in some fancy-pants "bump outs" and other "improvements", so getting to the few shops that are actually still open was a challenge. Then of course we discovered everything was closed because it was Monday. Gah!

4.  We did, however, get to have a delicious lunch at The Art Cafe at the Carlton. The Art Cafe is the place that has Oprah's favourite curry chicken sandwich. I was originally going to get that, but at the end of the description it said "fiery hot" and decided to go with a less fiery option. We both enjoyed our lunches and decided that since the Cafe is open for breakfast that maybe we should start walking every weekend again - which we haven't done since Carlene's/The Gathering Place closed down. With a new destination, perhaps we'll be more motivated.

5.  I've started putting stuff on eBay again. So far I've sold three things, although I've only gotten paid for two, and two more will sell when the auctions end this weekend. It's pretty exciting to get rid of all this stuff I'm not using!

6. Of course, I've been buying stuff on eBay, too. Mostly stuff for my upcoming trip to Chicago over Halloween. I've got a funky wig, three tops, and some vampire teeth. Can you guess what I'm dressing up as?

7.  I am almost finished with Eldest, but didn't finish in time to get the book back to the library before it was due. I have an overdue library book. That makes my tummy hurt a little bit. I feel really guilty about having an overdue book. (And, yes I tried to renew it online, but was denied; someone is probably waiting for it! More guilt!!)

8.  Another thing making my tummy hurt is the election. Mom and I are going to do our absentee voting this weekend, and I'm dreading it. I know how I'm voting for all the local stuff (Wal-Mart? Yes, please you idiots!), but I don't know who to vote for for President. I was going to vote for McCain, no question, but then he picked that stupid woman for his VP, and I've been questioning his decision-making skills. Why, John, why? You HAD this election wrapped up then you screwed up! What were you thinking?!?

9.  *sigh* Enough of that depressing stuff. At least Survivor is good this season! I'm also loving Chuck, Fringe, Amazing Race, Ghost Whisperer, My Own Worst Enemy, House and Project Runway, although that one is basically done now. I would like Knight Rider better if they didn't have the lead characters stripping down to their underwear in the first episode. Can we have our entertainment withOUT the pornography, please and thank you? Gah!

10.  I'm gearing up for NaNoWriMo and NaBloPoMo coming next month. I have no idea when I'll find the time to do them, but I'm giving them both a shot. Again.

11.  I need to start taking pictures again. I kinda go out of the habit, and I miss it. There hasn't been much of interest to photograph, but Colony Days is this weekend, so I might find something good there. It's disappointing that we don't get an actual "fall" here with all the gorgeous colours. Only a couple trees have started changing here, and they're'e not that pretty.

12.  I also need to start thinking about my Christmas cards. I have a couple new stamping magazines that have some really cool ideas, and I'm getting really inspired!

13.  And finally, why is it that a four-day week feels twice as long as a regular five-day week? Gah!

Selling More of My Stuff

I finally got around to putting more stuff on eBay - all my old Littlearth stuff, roller skates I've never used, a bunch of fun (but not practical) purses, some clothes that don't fit, and some books. Check out my auction here.