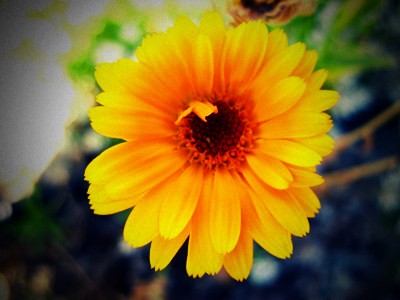 A collection of what are (in my humble opinion) forty of the best photographs I took in 2007. Enjoy!

1. What did you do in 2007 that you’d never done before?  Visited Niagara Falls with my friend Jewel.

2. Did you keep your new year’s resolutions, and will you make more for next year? My NYRs from this year are here, and I actually kept some of them because I made it to Hawaii, I've lost some weight (not much, but it's still a loss), and had my gyno exam and mammogram! Not bad! As for next year, yeah, I'll make more resolutions. Not sure what they'll be right now, though.

3. Did anyone close to you give birth?  Yes, two coworkers had adorable little baby boys.

5. What countries did you visit? Canada (Niagara Falls, as I mentioned earlier).

8. What was your biggest achievement of the year? I didn't achieve anything of importance this year.

9. What was your biggest failure? Not losing enough weight.

10. Did you suffer illness or injury? Yes, I was terribly ill during most of October, November and December with a bacterial infeciton or flu or something horrible which turned into iritis which I'm still recovering from.

11. What was the best thing you bought? The underwater camera case I bought for the Hawaii trip. It allowed me to take some amazing underwater pictures during the snorkeling adventure!

13. Whose behavior made you appalled and depressed? My local cable company Charter for removing both TV Land and Soapnet from their lineup. Grr.

14. Where did most of your money go? Same as last year: plane tickets, hotels and awesome vacations!

15. What did you get really, really, really excited about? Going to Hawaii! I hadn't been there since I was 16, and I was thrilled that my friend DeeDee invited me to go with her! We had a blast!

16. What song will always remind you of 2007? Awakening by Switchfoot. That song has been on the top of my playlist for most of the year. Best. Song. Ever!

17. Compared to this time last year, are you: a) happier or sadder?  Currently a bit sadder, but I had no idea why. b) thinner or fatter?  Thinner. Yay! c) richer or poorer? Slightly richer.

18. What do you wish you’d done more of? Marathon training, writing, going to the beach, revamping the backyard, cooking.

19. What do you wish you’d done less of? Eating bad foods.

20. How will you be spending Christmas? As usual: at my grandparent's house with the family.

22. Question deleted because it goes against my beliefs.

23. What was your favorite TV program? I simply adore Chuck! It's the best show of 2007 bar none!I cannot wait for it to return next year.

24. Do you hate anyone now that you didn’t hate this time last year? Hate is such a strong word; I don't really hate anyone. However, the doctor I initially went to for my messed up eye balls is on the top of my shit list for not only ignoring my pleas to see there was something wrong with my eyes that had nothing whatsoever to do with my weight, and for freaking me out by insisting that I was diabetic. (For the record, I'm not. Duh.)

25. What was the best book you read? This is a tough one because I read a LOT of books this past year, but I'm going to go with: The Blue Girl by Charles de Lint.

26. What was your greatest musical discovery? Mika. I'm sure lots of other people already knew about this guy, but I just discovered his music this year.

27. What did you want and get? Enough time off to have a really fun trip to Hawaii! TWO trips to Green Bay, WI! The Packers in the playoffs!

28. What did you want and not get? Complete resolution of my vision imparement. It'll be another month before my vision returns to normal.

29. What was your favorite film of this year? I didn't go to very many films this year, so I guess I'll have to go with the latest Harry Potter film. I'm sure there were other films out there that I would've liked more than that one, but I don't get out much.

30. What did you do on your birthday, and how old were you? I turned 41, and I don't remember what I did. Probably nothing but just go home, have dinner and go to bed.

31. What one thing would have made your year immeasurably more satisfying? Without a doubt losing at least half of the weight I want to would have made this year ten times better. I've lost 12 pounds since I've been ill, so I'm on my way to reaching my goal weight this coming year.

32. How would you describe your personal fashion concept in 2007?  I tried to dress up a bit more for work this year, but some aspects of my job really only lend themselves to Gap-style clothes.

33. What kept you sane? Same as last year: music. If I didn't have my iPod playlists to go to when I've had a good day or bad day or just a boring run-of-the-mill day, I've cracked up for sure.

34. Which celebrity/public figure did you fancy the most? I had a massive girl-crush on Jennifer Love-Hewett this past year, which I really can't explain. I guess I don't really have to, though, do I?

35. What political issue stirred you the most? None. I'm wasn't really fired up about anything political this year.

36. Who did you miss? No one; I had the opportunity to spend at least a little time with all my favourite people this year.

37. Who was the best new person you met? One of our newest employees at the Superior Court: Miss JJ! She's awesome, and I'm so glad she gets to stay on!

38. Tell us a valuable life lesson you learned in 2007. Learning to live and love like Christ. It's a work in progress, obviously, but I made definite steps towards this lifestyle this year.

39. Quote a song lyric that sums up your year. I have to chose Working for the Weekend by Loverboy because almost all my trips and vacation were on weekends, and I pretty much just live for the weekend in general!

Everybody's working for the weekend
Everybody wants a little romance
Everybody's goin' off the deep end
Everybody needs a second chance, oh
You want a piece of my heart
You better start from start
You wanna be in the show
Come on baby lets go

Everybody's working for the weekend
Everybody wants a little romance
Everybody's goin' off the deep end
Everybody needs a second chance, oh
You want a piece of my heart
You better start from start
You wanna be in the show
Come on baby lets go

Season's Greetings to all our family and friends!

2007 proved to be another exciting year filled with adventure and fun! I continue to work at the Superior Court in San Luis Obispo as a member of the Civil Support Team, where I'm responsible for file maintenance, document filing and conforming Family Law judgments. Mom continues to enjoy her retirement and spent the past summer growing another beautiful and bountiful garden! 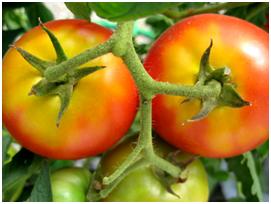 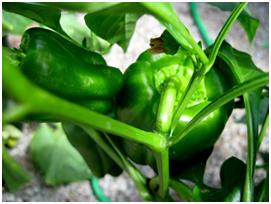 I did quite a bit of travelling again this year with two trips to Green Bay, WI, a visit to Niagara Falls, Canada, a tour of Napa Valley and a quick five days on the Big Island of Hawaii where I did some ocean kayaking and went snorkeling! 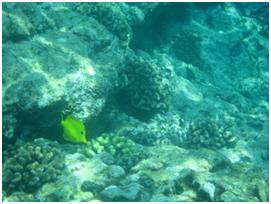 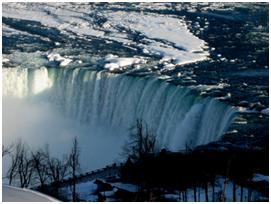 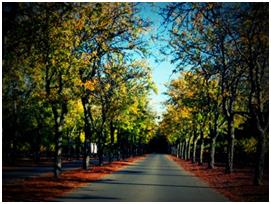 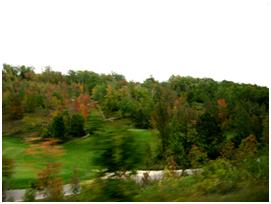 I hope this year has been as wonderful for you and your family as it has been for me and mine! Merry Christmas to you, and a very Happy New Year!