First Time for Everything

For the first time since I started taking public transportation the bus broke down. Not just any bus, MY bus! Other buses have broken down or had flat tires or something like that, but never one I was on. I've heard the drama unfold on the bus' radio and heard the tale from the passengers riding home that evening, but never before had the pleasure of experiencing a breakdown first-hand. It wasn't the greatest experience in the world, but it wasn't horrible, either. Everyone kept a good humour about it, and I'm sure we'll be home in no time.
Another first: I finally used britney as a phone, and called the gym to say I will be late. It worked really well!

It's technically called a "light earthquake", but it was still quite a jolt! 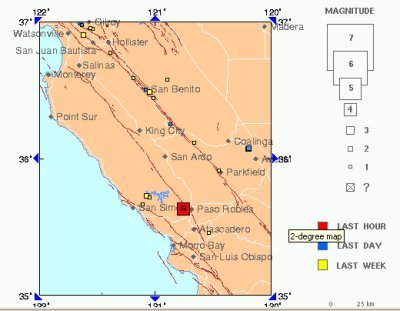 I didn't feel either of the little aftershocks, but at only 2.1 and 1.4 I'm not surprised.

Today I did some stamping. I made three baby cards - two for the two little pregnant girls at work who are both having boys, and one for my cousin who just had her second son last week. At the risk of these cards being seen before being recieved, I'm posting them here.

This is the card I've sent my cousin:

and the two little pregant girls at work will be getting this design:

Making these cards was so much fun I've already started planning some Christmas cards!

Well, we survived Thanksgiving. Phew! Actually, it wasn't that bad. Unlike some families, my family doesn't fight or argue much - we are all very civil - which makes for a nice, pleasant meal (which was delicious, by the way!).

This morning I hit the gym for a 30 minute sprint on the recumbant bike, then mom and I went and got our groceries. I was surprised there weren't very many people out at the stores, then I remembered that it's Black Friday, and they were probably all in Paso, SLO, Santa Maria, Bakersfield, Fresno or Santa Barbara, because, let's face it, there's no place to shop in Atascadero. (And, apparently the City Council likes it that way. Whatever.)

Anyway, when we got home, we did some rain-prepping, as we're supposed to be getting some of the wet stuff this coming week. We dug out one of the drain pipes that was plugged with dirt and gravel, removed the plug from the drain in the back yard, and cleaned out the gutters. I think we're set now. Bring it on, Mother Nature. Bring it on.

Finally, we did some harvesting of what little produce we still have growing. It wasn't a bad haul: four eggplant, one of which is ready to be used now; about a dozen little tomatoes in various stages of ripeness, and four lovely green bell peppers. And there's more to come, providing it doesn't freeze (which it's supposed to either this weekend or next week). I mean, check out the number of green tomatoes we've got still growing on the vine: Not bad for mid-November, eh? 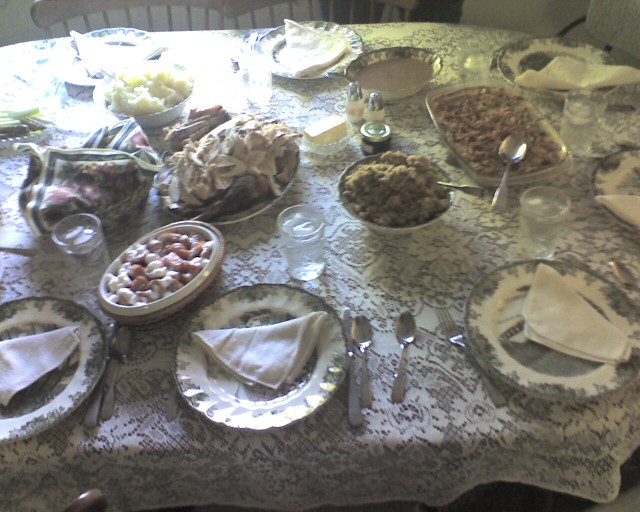 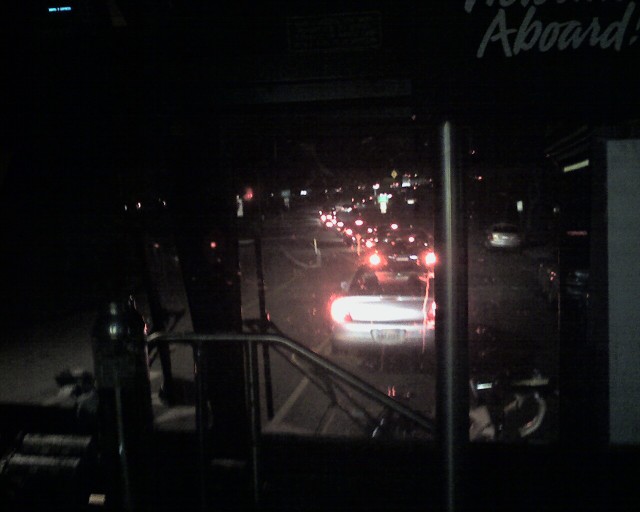 And we're not even out of SLO yet. I'm thinking it's a good thing my PT cancelled tonight, as I probably wouldn't make it to the gym on time anyway. Two fire trucks passed us before we even reached Poly, and when my PodMate and I did the Vets Run earlier (as The Kenyan didn't make it in today), we heard sirens but didn't see anything. That was probaby the beginning of the string of accidents that are now slowing us down to a snail's pace. 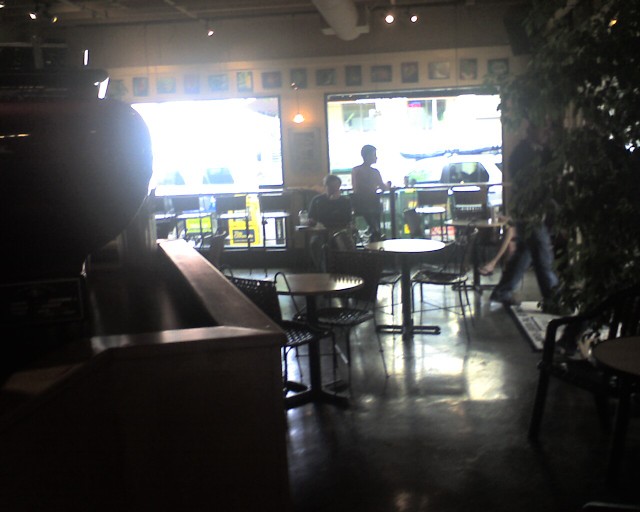 That's what PixieChick and I call Fridays, as that's when we go to Uptown for our special coffees and treats: Our Day of Glory. Since today is a pseuo Friday, we got our treats today (a grande Americano and slice of zucchini bread for me and a grande white mocha and slice of coffee cake for Pixie). This shot is the interior of Uptown taken (and entry was written on) on b.t.