Thirteen Things to do This Three-Day Weekend

I doubt I'll get to most of this stuff as #2 will likely take up the majority of the weekend, depending on what the problem is, and how difficult it is to fix. BUT, as I said in yesterday's entry, I'm taking Monday off, regardless, and having my pedi!!

A Condo is Starting to Look Pretty Good Right Now

Well, crap! My perfect 3-day weekend is shot. Apparently we have a drainage problem in the backyard. Again. Eons ago, when we first bought the house, we had a swampy area that was vaguely stinky; it was always wet no matter how hot or sunny it was. So we dug up some of the swampy muddy mess, laid a drain pipe down the middle of it, and covered it all up with a couple layers of pea gravel. Later we extended the drain pipe all the way down the side yard to the street. It seemed to solve the problem - the swamp was no more.

Fast forward to yesterday when my mom discovered quite a bit of wet - not damp, not moist, but sopping wet - ground near the corner of the house near where the swamp used to be. She dug a trench along the side of the house, and the trench filled with water. She emptied two buckets full of water, and there was still water standing in the trench. After a long complicated story (which I'm sure you don't care about) she figured out the water was likely coming from the neighbour's yard, not, as she feared, from a busted pipe in our house.

So, what does this mean for my Labour Day Weekend? It means I (and mom, of course) will be labouring! Digging out the drain pipe to find out why it's suddenly stopped draining. Then we're planning on getting a couple bags of gravel and filling in the trench by the house; hopefully the gravel will keep the majority of the moisture away from the foundation.

I had plans for this weekend. Fun plans. Well, some work plans, too, but mostly fun plans. I am still going to try to have some fun amidst all labourious yard work - if nothing else, I'm taking Monday off!! - but it's not going to be as nice as I'd hoped or planned.

Monday already! Man, those weekends go by fast! It was all good, though. Mom and I did our usual walk up to The Gathering Place (formerly known and loved as Carlene's), and had some of their delicious coffee and a yummy homemade granola bar. Afterwards we got our groceries, then I went up to visit my grandparents, and bring them a gift: a good-sized eggplant and bell pepper.

Apparently they're not getting any eggplant, so they were thrilled to have one. The plants have recovered nicely from whatever-it-was that almost killed them (and in fact did kill the cucumber and zucchini), and are producing quite a bit, as are the tomatoes and peppers. It's getting pretty exciting!

The rest of the weekend was spent relaxing. I know I need to Jiffy Lube and wash both cars, but I decided to put it off until next weekend (since it's Labour Day, I'll have an extra day to get work done, and still have two days to rest or play, whichever I decide.)

And, finally, the Packers play tonight! Yay! I've dusted off my cheesehead and have a beer chilling in the fridge!

My thirteen favourite blogs or websites (in no particular order):

There are many, many more blogs, websites and online journals I visit every day - you can find them on my blogroll on the sidebar. Even that is just the tip of the iceburg!  Still, if you have a favourite that's not listed here, feel free to share it in the comments. I enjoy discovering new blogs!

Well, I was going to do a Positives list today, but I realized I already mentioned all my positive stuff in yesterday's post. The pedicure, the maybe-not-dying-after-all garden, the paella, putting stuff on eBay ... I'm not sure I have anything else right now.

Oh, there is one thing I forgot to mention: the sunburn I got on my forehead during the Santa Barbara trip finally stopped hurting this past Thursday. It's still really red, and it's peeled a bit, but I'm putting Neosporin on it frequently, so I'm hoping it'll heal up soon.

And, also, we now have Sephora in SLO. It's just opened up last week, just down the street from SupCo., so I'm planning on doing a quick run-through during lunch. Which is now. So I'm off.

Ahh, that felt good! I got a pedicure this afternoon - first one in quite a while. I went to Le's Nails here in Atascadero, and while it was nice, I really missed not having a massaging chair. I did, however, get some type of reflexology/pressure point massage done on my feet, which I wasn't expecting, but really enjoyed. It might just be my love of pedis, but I'm becoming convinced the treatment is actually helping ease my plantar fasciitis. My feet feel great for a couple weeks after having a pedi. In fact, they were just starting to ache a little towards the end of this week, but now they feel fantastic!

Sorry I haven't been updating more frequently, but I've been pretty busy the past couple of weeks, and this past week, my internet was out. Grr! Last week my aunt and uncle from New York came over for a visit. Saturday we had a nice picnic at my grandparent's house with them and the rest of the family - 12 people total, plus two pugs! It was quite a houseful, but it was a lot of fun!

On Sunday the aunts, uncles, my mom and I headed off to Santa Barbara for the day. (Gallery of pictures here.) It was lovely - sunny and hot! We had fish-n-chips on Stern's Wharf, saw Arlington West, and browsed a great arts and crafts display along the waterfront. Afterwards, we all headed downtown for some shopping. Mom and I just sat at Rock's and sipped Chardonnay and noshed on bruchetta. I was looking forward to a Blossom martini, but once again, Rock's changed their martini menu, and it wasn't on the list. *sigh*

Later we went to Solvang for dinner at a quaint little restaurant called The Little Mermaid and some window shopping downtown. I hadn't been to Solvang in a long time; I'd forgotten how fun the town is, and decided I would really like to spend more time there. I'd like to spend some more time in Santa Barbara as well. I'd like to see the Mission and visit the Zoo, and spend some quality time wandering through Arlington West. Mom and I would like to spend a weekend down there some day, but when? No idea. Life is just so busy!

Finally, a quick word about the garden. Mom and I feared the worst after losing both the zucchini and cucumber plants to some sort of disease or incect infestation. (We still aren't sure exactly what killed those plants; we may never know for sure.) Now, however, the remaining plants (eggplant, tomatoes, and two bell peppers) seem to be recovering. Last evening I was used one of our bell peppers and eggplant along with one of my grandparent's zucchini in a delicious vegetarian paella. The recipe made enough for an army, so we'll be eating it for a couple more days at least!

So, that's about it. As you can see my internet is back. We had an electrical blip early Tuesday morning, and it messed things up a bit. I did an unplug/replug on the box this morning, and it started right up. I spent the day putting a ton of clothes up on eBay before going for my pedi, and managed to get some relaxing and a brief nap in as well. Pretty darn good day, if you ask me! I'll try to update more often now that my internet is back up and running.

Thirteen Things to Start Doing Before the End of the Year.

Wow! It's almost the end of August already! There's only a little over four months left in the year, and they're the four busiest months, what with school starting, Halloween, Thanksgiving, and Christmas! Phew! I'm exhausted just thinking about it all! Still, there are things I'd like to get done; things besides reading the books I listed last week. So, here's this week's list: 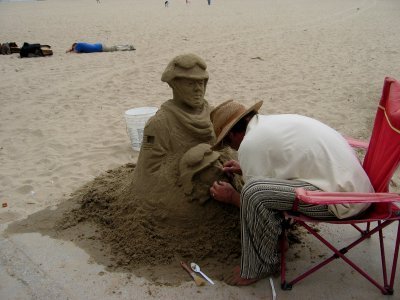 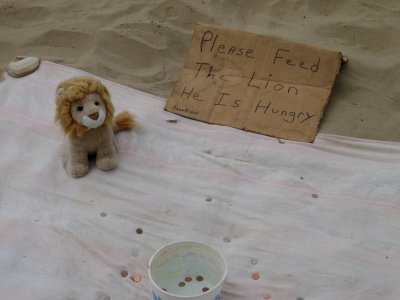 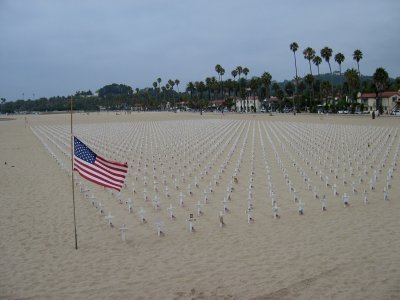