Just a quick note to add: for my new readers who are curious about this whole WeetaPieCon thing, here are my entries and links from last year's event. Cheers!

Well, I'm packed, my swag is finally finished and I'm ready to go to Wisconsin!! My plane leaves tomorrow evening, and hopefully the bike race that's stopping in downtown SLO in the afternoon won't hold me up too much. I don't know if I'll have a chance to update while on the Frozen Tundra, but I'm sure most of the Beautiful People I'll be hanging out with will, so check them out if you're so inclined. I'll be back next Tuesday for sure! Have a terrific weekend, unless I'm seeing you in Green Bay, in which case SQUEE!!!

For those of you who read my journal or pop into my photo page, you've already seen this picture of a heart-shaped hole I discovered in the sidewalk this past weekend. I was saving it to post here on Valentine's Day. Because it's heart-shaped, you see. And, also I was too lazy to actually make any Valentines this year. 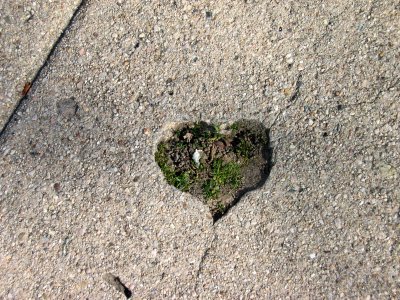 It was another beautiful day; mom and I walked up to the Sweetheart Stroll where we enjoyed yummy chocolates and tasted delicious wines. Read more about it here. Cheers!

Well, the Superbowl is over and my Seahawks lost. Bummer. They looked really good till the end of the first half, then ... well, I don't know what happened, but they never seemed to recover.  *sigh*  And, no despite what the title says, I'm not really all that depressed about it. I've liked the Steelers since High School, so it really didn't matter who won, so long as it was a good game. Which it was. I guess the "depression" part comes simply from the whole thing finally being over - after all the hype, the Pre-pre Game Show, the Pre-Game Show, the Kick-Off Show, etc., etc., hours and hours and hours of programming, and now it's just over. I miss football already.

I went out in the garden and took a few pictures today. Flowers are blooming, the rosemary is all abuzz with bees, and the little daffodils are starting to come up. Spring is coming early to the Central Coast. 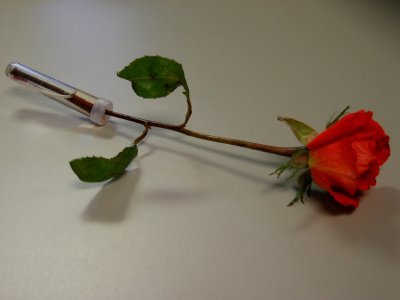 Well, I passed my six-month probationary period at work today, and am now an official Superior Court employee! I can't express how excited, happy and above all relieved I am. I feel more secure than I have in a long time, and it's nice; really nice! It hasn't been easy - when I started I wasn't sure I'd be able to do it; this job was so hard! So unlike anything I'd ever done. I was used to a law office, to data entry, and this ... this is totally different. But, I adapted - as all good Capricorns do - got it all figured out, and now I'm in. IN!

Just an FYI: my journal Self-Portrait, is now being updated pretty much daily here. Cheers!