Good Lord, it's cold! It wouldn't have been so bad except the bus driver, I swear, had the AC on full blast! I can tolerate standing at the bus stop being cold for a few minutes, but sitting on the bus for over half an hour freezing? Not so much. Enough of that, on with the Positives:

1.  Thanksgiving dinner with the family was great! My aunt and uncle did the honours this year, and had one turkey baked traditionally in the oven, and deep-fried another one. Deep frying turkey is apparently a new trend, and it's actually pretty good. Very moist. Even the white meat.

2.  Having four days off from work was wonderful! Sleeping in and taking afternoon naps every day was quite a treat!

3.  I have started making my Christmas cards! I actually have two different designs - one a hand-stamped design, and the other is a sunset photo I took in Santa Barbara back in January with "Peace on Earth" printed on the bottom. I'm going to make a random number of each, so no one will know exactly what they're getting! Fun!

4.  While I managed to do a rather graceful face-plant into the street in front of my house Saturday morning, I somehow escaped without serious injury - no cuts, scrapes or bruises. My left ankle was a bit sore from being twisted slightly, and today my right shoulder and upper arm and right thigh muscle still ache a bit. But overall, not too bad.

5.  Now that it's after Thanksgiving, we can officially listen to Christmas music. And decorate, although we haven't decided if we'll bother with that this year.

I hope you all have a wonderful day, and get to spend it with family, friends, or someone you love! Cheers! 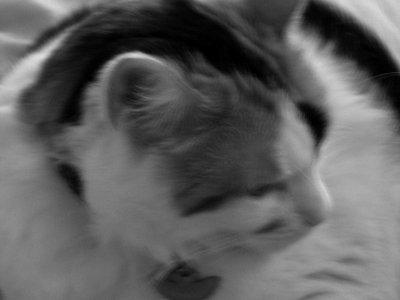 Posted at 12:40 in Animals, Vacations | Permalink

Why I Hate People

Continue reading "Why I Hate People" »

This week's Positives all relate to the super fun (but sadly final) weekend I had in Costa Mesa visiting my friend Jewel. Enjoy!

1.  My friend Jewel got an awesome new job with an awesome (and major) company.

2.  Thelly! She is always awesome and I love her! (Even though she did drop a room-clearing, eye-watering stinkbomb that gave new meaning to that old 80s phrase "gag me!" on Saturday night!)

6.  Tea at The Tea House in San Juan Capistrano.

There is more - so much more - and all will be revealed in the upcoming journal entry! Cheers!

I'm off to catch the train - heading down south to visit my friend Jewel and her awesome cat Thelma! See ya on the flip side!

Sometimes when I'm doing my Positives on Mondays - which I usually forget, but this week remembered which also helped me remember I'd been meaning to do this - I have to struggle to find something positive to say. Not that there aren't tons of positive things in my life, but it's just that the things I want to complain about keep trying to butt in. So, I decided to give my complaints a day of their own and call it Whiney Wednesday. Cheers!

2.  I have 3,846 words for my NaNoWriMo novel. The story is actually starting to write itself, which is what I've been waiting for!

3.  It's a short week - Friday is a holiday and I have it off. I'm going to visit Jewel and Thelly, which will be super fun!

4. This MNF game (Patriots v. Colts) is a really good game!! I actually like both these teams, so it really doesn't matter who wins, but it sure is fun to watch!